Coin & Numismatic News Bowers and Merena to Offer Hundreds of Breathtaking Rarities In Orlando on...

IRVINE, Calif. – Bowers and Merena Auctions, America’s leading rare coin auction house, kicks off festivities in Orlando on Tuesday, January 8, 2008, with the Bowers and Merena Orlando Rarities Sales, featuring 670 rare and desirable coin lots sure to satisfy the tastes of the most discerning collector. The auction will be held at the International Plaza Resort & Spa in the heart of Orlando’s bustling entertainment district, two days prior to the Orlando F.U.N. Show. 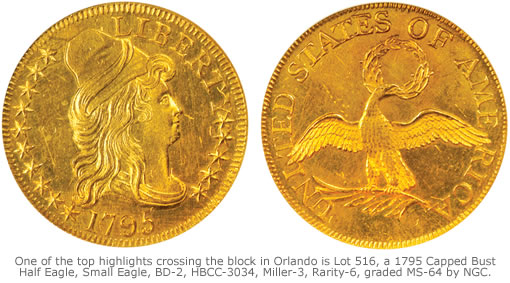 As a special feature of this and future auctions that will be enjoyed by bidders and consignors alike, Bowers and Merena launches a new arrangement with PCGS founder and director, David Hall. Mr. Hall will be offering his exclusive input on many of the coins in this Orlando auction as well as upcoming Bowers and Merena auctions. For a limited time only, he will talk on video about coins offered at auction by Bowers and Merena. The videos will be available online before the auction for potential bidders to view, and also partially transcribed into the printed catalog descriptions. In addition, Bowers and Merena will keep an online video archive of these comments by Mr. Hall.

“A Bowers and Merena Rarities Sale is always a special auction event for us and this will be a great way for us to begin the New Year, especially with the debut of David Hall offering his valued input on many of the lots,” said Steve Deeds, president. “He is highly respected in the industry and a brilliant numismatic mind, and it is really with tremendous pride that we have joined with him to provide his analysis on some of these amazing coins.”

“This is a spectacular specimen,” Deeds pointed out. “Only 20 to 30 examples of the 1795 BD-2 Half Eagle are believed to have survived, and the near-Gem that we are offering here is undoubtedly the finest example available for private ownership, if it is not the finest known.”

All lots and images in the Bowers and Merena Orlando Rarities Sale can be viewed online at www.bowersandmerena.com, and printed catalogs are available upon request by calling 800.458.4646. 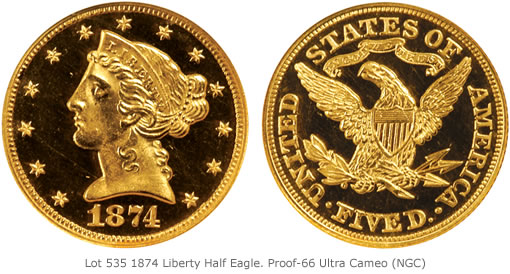 CoinNews.net - September 20, 2021 9
Three major numismatic organizations that sent a letter to Facebook executives to complain that the social media platform "has become the predominant choice of...