There’s an absurd prickle to the mind upon first hearing someone is thrown into jail for trying to open a bank account with a fake $1M dollar bill. 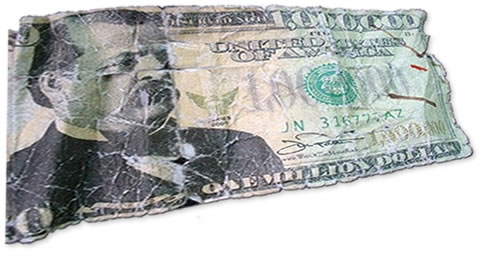 It’s close to the same level of thinking as someone trying to pass off a video game token or 2007 penny for a million bucks to a rare coin dealer.

It will not only never happen, it’s part of what coin dealers have to go through every day when they’re handed a fake coin one of their customers thinks is real. That experience isn’t fun, yet they have to deal with it.

No matter how good a "million dollar bill" looks, it’s like a daily comic strip image getting compared or traded like a Rembrandt. That just isn’t going to happen.

Should the person trying to use the cartoon bill create a scene and disrupt business, it absolutely makes sense to have them removed from the premises – in handcuffs, if necessary.