Dallas, TX. The auction room was jammed with hundreds of bidders before the first lot of the Large Cent Collection of Walter Husak was offered at Heritage's Official Auction at the February 14-16, 2008 Long Beach Coin Expo. When the last of his 301 Large Cents were sold, most every record known had been shattered, with a total prices realized exceeding $10.7 million. Bidders described the prices as "astronomical," "incredible," "feverish," and "stunning." 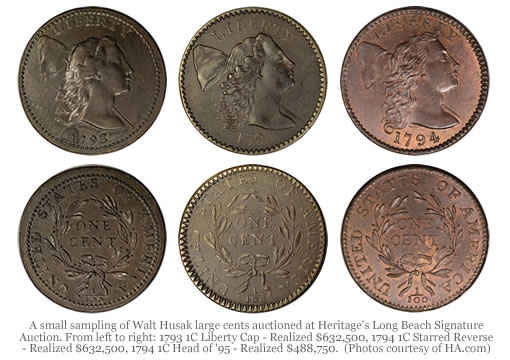 Total prices realized for the entire Long Beach auction are currently at $25,000,000.