The First to be Assembled with the Common Reverses. To be Offered by Heritage Auction Galleries at the Baltimore ANA 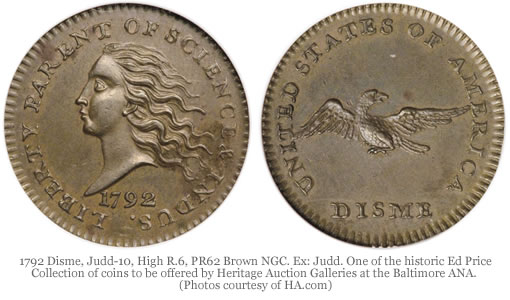 Dallas, TX. The Ed Price Collection, an incomparable variety collection of early Dimes and Quarter Eagles, valued over $4 million, will be auctioned by Heritage Auction Galleries at their Official Auction of the Baltimore ANA, July 30-Aug. 2, 2008.

Heritage is proud to present the Ed Price Collection, a complete collection by variety of both the early dimes and quarter eagles, featuring the common reverse dies, such as has never before been assembled.