The life and work of the late Professor Fred Hollows is being celebrated on a new $1 collector coin. It will be released by...
Read more
Australian Coinage and Numismatic News

One of Australia's biggest television personalities and well-known wildlife experts has been named as an inspirational Australian and now appears on...
Read more
Australian Coinage and Numismatic News 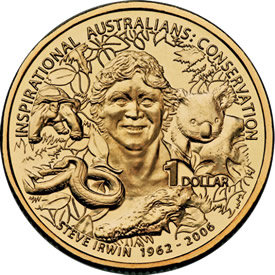 Steve Irwin was a well-known celebrity who met an untimely fate in 2006. Host of the popular Crocodile Hunter series, Irwin was enthusiastically supportive of Australia's wildlife. 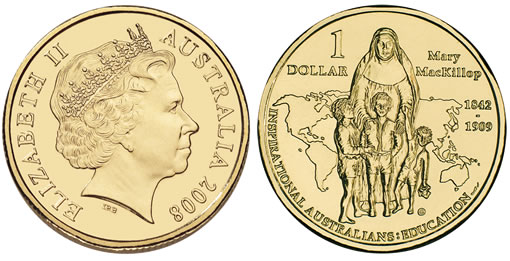 "As the Australian people's saint, and someone who could be called Australia's saint in waiting, Mary MacKillop is a fitting choice for the first coin in the Inspirational Australian series."