An awed hush fell over the Platinum Night bidding floor of Heritage Auctions' Orlando FL FUN U.S. Coin Auction on Thursday, Jan. 7, as "The Olsen Specimen" 1913 Liberty Nickel, PR 64 NGC, lived up to its billing as the most famous American coin by bringing a jaw-dropping $3,737,500. This figure is tied for the third-largest sum ever paid at auction for a single U.S. coin.

The most famous of the five known Liberty Nickels was the principal highlight in Heritage's $36.5 million+ U.S. Coin Auction, which itself is the principal component of Heritage's $53 million January 2010 numismatic auctions, collectively composed of U.S. Coins and Currency at Orlando FUN and the NYINC World Coins Auction, which realized $11 million+ over the first weekend of the new year. All prices include 15% Buyer's Premium.

Greg Rohan and Todd Imhof offer commentary on the state of the market at www.HA.com. Dallas, TX – On the heels of the success of...
Read more
Banknotes or Currency Articles

Heritage Posts $65+ Million In Sales At FUN and NYINC 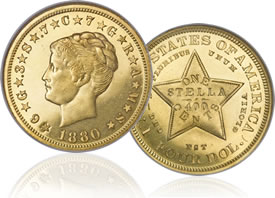 Dallas, TX. The Official Auctions of the FUN 2009 Convention in Orlando have been posted by Heritage Auction Galleries on their HA.com website. Spread over seven separate FUN catalogs of U.S. coins and currency were 15,000-plus lots belonging to 600-plus consignors that Heritage offered at the January convention of Florida United Numismatists.

The FUN auctions realized $52 million in rare coins and $6 million in currency. A further $7 million in ancient and world coins (4,200 lots) sold at the New York International Numismatic Convention Signature® Auction. To date, more than 3,300 FUN bidders have been successful, more than one-third of the 9,000 FUN bidders participating.

At FUN, 89% of the coin lots sold, and overall 87% of the lots found new owners. All lots are currently posted at HA.com for post-auction research. The totals are expected to further increase as Post Auction Buys and non-floor sessions continue.

Dallas, TX – The Official Auctions of the FUN 2009 Convention in Orlando began on Wednesday, Jan. 7, and spectacular results have already been...
Read more
Business News

Dallas, TX: On Friday, Dec. 19, at Heritage's request on behalf of its consignors, CAC reviewed a portion of the coins from the Thursday...
Read more
12Page 1 of 2