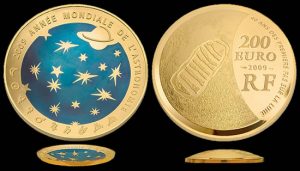 Commemorative coins celebrating the National Baseball Hall of Fame are one step closer to becoming reality.

Introduced on July 14 by Rep. Richard L. Hanna, R-N.Y., the U.S. House of Representatives on Wednesday approved the National Baseball Hall of Fame Commemorative Coin Act in an overwhelming vote of 463 to 3.

Named the U.S.S. Cruiser Olympia Commemorative Coin Act and numbered H.R. 3180, the introduced legislation would authorize the United States Mint to strike up to 500,000 $1 silver coins in collector proof and uncirculated qualities [...]

New legislation has been introduced in the U.S. House of Representatives calling for commemorative silver dollars in calendar year 2014 to celebrate the 75th anniversary of the founding of the March of Dimes.

Entitled the March of Dimes Commemorative Coin Act of 2011 and numbered H.R. 3187, the legislation would authorize the United States Mint to produce up to 500,000 coins struck in 90 percent silver and 10 percent copper [...] 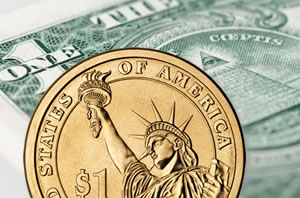 Members of the United States Congress are once again seeking a change to the status quo of the $1 coin. However, unlike other recent attempts to actually end or severely limit production of the coins, this newest piece of legislation would ramp up $1 coin production with the goal to eventually replace the paper dollar bill.

The Currency Optimization, Innovation and National Savings Act, or COINS Act, was introduced in the U.S. House of Representatives as H.R. 2977 on September 20, 2011 by Rep. David Schweikert of Arizona. Schweikert, a member of the House Financial Services Committee and the Subcommittee on Domestic Monetary Policy, introduced the COINS Act as a means to [...]

Presented by Rep. Rob Wittman, R-VA, as the James Monroe Commemorative Coin Act and numbered H.R. 2968, the bill would authorize the United States Mint to offer each commemorative coin in calendar year 2016 -- the bicentennial of Monroe's election. The legislation marks a second attempt at passage. Wittman introduced a nearly identical bill in December 2009, numbered H.R. 4329. That bill died due to inaction. [...]

Newly introduced legislation in the U.S. House of Representatives calls for uniquely designed commemorative coins to recognize and celebrate the National Baseball Hall of Fame.

H.R. 2527 was introduced by Rep. Richard L. Hanna, R-N.Y., on July 14. It already has 296 cosponsors, suggesting an improved likelihood that it will eventually make its way through the House of Representatives and move to the Senate [...]

New legislation has been introduced in the U.S. House of Representatives that calls for commemorative 2017 silver dollars in honor of the centennial founding of Lions Clubs International.

Lions Clubs International is the world's largest service club organization and was founded in 1917 by Chicago business leader Melvin Jones. It includes 1.35 million members who volunteer their services in 206 countries. The organization will celebrate its 100th anniversary on June 7, 2017 [...]

The Future Farmers of America (FFA) will celebrate its 85th anniversary in late 2013 through to 2014. To help celebrate the organization and occasion, a dozen U.S. Senators led by Sen. Chuck Grassley of Iowa have introduced new legislation seeking FFA commemorative coins.

Legislation has been proposed in the United States House of Representatives that would authorize the United States Mint to strike up to 100,000 $10 gold coins in 2015 honoring the 100th Anniversary of the birth of Marine Corps Aviation.