Continuing an annual tradition dating back to 1973, the American Numismatic Association (ANA) in 2012 will award scholarships to Young Numismatists (YN).

The ANA last week announced that Young Numismatists can earn partial and full scholarships for the 2012 Summer Seminar in Colorado Springs. [...]

The ANA World's Fair of Money show in Chicago reached an impressive attendance of 9,113, which included 5,341 members and 3,772 public visitors.

The show, held from August 16-20, offered a record number of tables, according to the ANA. It also featured 45 exhibitors with 72 exhibits. 61 of them were given awards.

Press statements from the ANA follow about the attendance and exhibit awards [...]

ANA members are being encouraged to deliver Numismatic Theatre presentations and exhibit their collections and research at the 2011 Pittsburgh National Money Show which will be held October 13-15 at the David L. Lawrence Convention Center.

Press statements from the ANA follow for each request: [...]

Promptly responding to dealers' comments about the first Official ANA-PNG Pre-Show in Chicago, leaders of the American Numismatic Association and the Professional Numismatists Guild have announced significant changes for next year's event in Philadelphia.

"There's always room for improvement in any show, but I think we laid a good foundation in our first attempt at a joint event, and the next show will be even better," said incoming ANA President Tom Hallenbeck. "We have constructive ideas for Philadelphia in 2012 and when we return to the Chicago area in 2013."

Leaders of the ANA and PNG met on August 15, 2011 during the pre-show in the Chicago suburb of Rosemont, Illinois to take action on dealers' concerns. Among the [...] 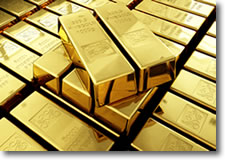 Leaders of three coin and precious metals hobby and professional groups are praising the Federal Trade Commission for acting on their suggested changes to the FTC's 2010 online consumer advisory entitled "Investing in Gold? What's the Rush?"

Some hobby and trade leaders were concerned that the original advisory contained some language that might be detrimental to reputable gold dealers and discourage collectors from acquiring gold coinage [...]

Bowers and Merena Auctions has been selected by the American Numismatic Association as the official auctioneer for the ANA Pre-Show, which will immediately precede the World's Fair of Money conventions.

The theme for next year's 88th annual National Coin Week is "Blue, Gray and Greenbacks."

The 2011 National Coin Week theme will help collectors commemorate the American Civil War and the "numismatic changes and innovations during the conflict." [...] 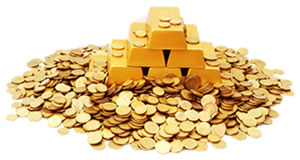 What do you do when a gold seller fails to deliver or the merchandise you received was not as described when you ordered it? Who can you contact for help when you don't receive payment for gold you've submitted to sell?

In two recent cases, "Howard" in Mississippi wired $20,000 several months ago to a California coin and bullion dealer to purchase gold coins, and [...]