U.S. coin production in October topped 1 billion coins for a second straight month after hitting a 20-month low in August, according to the latest United States Mint manufacturing figures.

In the headline figure for October, the Mint struck just over 1.177 billion coins for circulation — spread across cents, nickels, dimes, and quarters, marking an increase of 17.3% from September but a decline of 3% from October 2021.

The U.S. Mint’s main mission is to manufacture coins based on the nation’s demand and then transport them to Federal Reserve Banks and their coin terminals for distribution into circulation.

The Federal Reserve orders more 1-cent coins from the U.S. Mint than any other denomination even as data shows that it costs 2.1 cents to make and distribute each one. The Mint struck 458 million Lincoln cents in October, representing 38.9% of the circulating-quality coins produced last month. Historically, the percentage has been around the low to mid 50s. That has not been the case for several months this year. Including October’s new low, September was at 42.4%, August was at 47%, July was at 39.4% and June was at 40.2%.

Native American $1 coins are no longer ordered by the Federal Reserve, but they are still made in circulating quality for coin collectors. The same is true, or was until last year, for Kennedy half-dollars.

Traditionally in January, the U.S. Mint produces both denominations to the expected amounts needed for the entire year. That remained the case for Native American dollars but not for Kennedy halves, which saw their mintages increase in multiple months this year (January, May and June) and last year (February, March, April, May and August) with millions placed in circulation.

If the current production pace stretched through to December, the annual mintage for 2022 would reach just over 14.2 billion coins. The U.S. Mint manufactured nearly 14.5 billion coins for circulation in 2021.

In addition to the 2022 Native American dollar with its one-year-only design, the U.S. Mint through October released the first five issues from their four-year program of American Women quarter dollars. Each features a unique design. They include:

For the first time, Mint data revealed mintages for the Nina Otero-Warren quarter. They are the lowest to date in the American Women quarter dollar series.

From the overall production total, there are 74.6 million in quarters that the U.S. Mint has yet to officially assign to a design. These are Anna May Wong quarters with more yet be made.

That may sound like a lot of coins but it works out to only three each per U.S. inhabitant.
The Mint is still banging out Cents to beat the band; the jars and sidewalks are calling.

I have a roll of them. On another note, I received my first UK coins with King Charles’ portrait on them yesterday. They look nice. 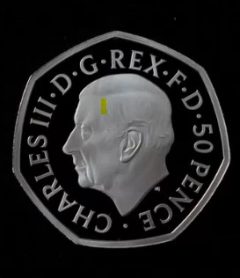 One of the actual coins I received, the Crown or 5 Pounds. I also have the 50 Pence but you get the idea. 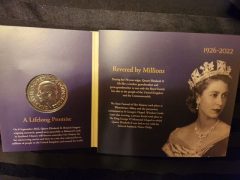 That is a fine looking coin. For better or worse, I think he looks more distinguished and “royal” this way than in real life.

I suppose that’s the idea. Queen Victoria looked younger on her coins than in real life.

Jeremy and Antonio,
There is always going to be a somewhat lengthy interval between updates of the monarch’s portrait on any coin, so as the years go by until the new effigy is released the image on a given coin will look ever younger compared to real life.

Queen Elizabeth II had the most portraits, five. Unless one counts Queen Victoria’s portrait on the Florin, in which case Elizabeth had as many as her great great grand mother’s.

That’s a great lineup of Queen Elizabeth’s successive effigies; thanks for posting that picture, Antonio. I think she was a rather striking looking woman her entire life; the British were indeed fortunate to have had such a regal appearing Queen, and for so long at that. 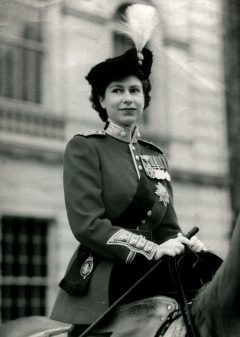 He doesn’t look under fed like he does in real life, perhaps that’s why they call it a 50 pound coin. I too have received my coins of Britain. Not of Chucky though. If I ever open the boxes I’ll post a pic. If I were Chuck, I’d restore Harry and Megan’s title, except he’d be Prince A. Pals, and Megan would be the Drama Queen

I’m struck by how weird it is that this time the brand new King of England is already an old man. His mom really did not want to let go.

If I were the mint guy, I’d think for April fools I’d create an error and replace the g with a t and make him a t Rex. Complete with the oversized English teeth. Sharpened to a point. I think it’d be worth getting the guillotine

How appropriate for us numismatists that being a royal very much represents the two sides of a coin. On the one hand these folks have the world at their feet, while on the other they are by the nature of the office trapped in a fish bowl for life. I think I would prefer life on the Love Boat, where everything is always “exciting and new.” And lots of babes. 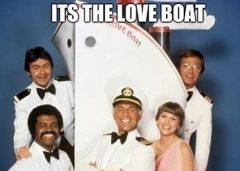 Why have stopped making half dollars??

Dazed and Coinfused
Reply to  Curt

The production report up above lists 9,700,000 Kennedy Half Dollars produced so far this year. If what you meant, Curt, was why there weren’t any Half Dollars minted in October, that’s because certain coins aren’t made all year round.

Interesting that the Nina Otero-Warren quarter was issued publicly before the election. I have yet to see any of the Anna May Wong quarters. My bank told me they won’t likely have them until early December.

Please Antonio, not even a hint of a conspiracy theory on this sensible site of ours. Let’s leave that to the dingbats, wingnuts and kumquats howling in the wilderness.

But you saw the results and Nancy won’t be the Speaker any more (or any less?).

What goes up must come down,
Spinnin’ wheel got to go ’round.

Well I suppose I have to join this shit show to comment to the liberal Kaiser. It’s not a conspiracy if it’s the truth. And the current administration has pushed their Socialist agenda to the limits so far lately, to the steeple gimmedats, that the rationally, sane thinking voter,feels as if we must call it like we see it to the point it’s ridiculous. So deal with it, and vote with your children in mind instead of what the libs might give you for your vote, in the future. FJB. And may God bless what’s left of this sacred Country,… Read more »

I just change the channel. Then Google what I seek. I will not do business with SD anymore. Bad customer service. And Dementia is barely better than F mentia

Yet another instant classic, even though this one took me several readings to apprehend. Nevertheless, kudos to the Wordmaster.

Are you talking about LGBT Q anon

Good one, Dazed and Coinfused. I always enjoy your original thinking! 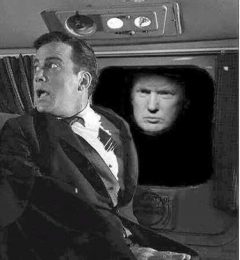