Graded NGC MS 68, the 1907 Wire Rim Indian Head Periods Eagle is among the finest examples known and is surpassed only by a single coin in the NGC Census. Off the market for nearly a quarter century, it was offered in Session 4 of the auction (as lot 4058), featuring The Dr. Paul and Rosalie Zito Collection.

In 1907, the Indian Head Eagle replaced the long-running Liberty Head series. With a design by renowned sculptor Augustus Saint-Gaudens, the first of three varieties dated 1907 had a mintage of a mere 500 coins. This variety is distinguished by a wire rim instead of the traditional raised rim on US coins. It also includes periods surrounding UNITED STATES OF AMERICA, TEN DOLLARS and each word in E PLURIBUS UNUM; these periods were dropped from the design ultimately used to strike these coins in large quantities.

President Theodore Roosevelt’s work with Saint-Gaudens (also renowned for his eponymous Double Eagle design) was the beginning of a renaissance of US coinage in the early 20th century. Sadly, Saint-Gaudens passed away weeks before the initial Indian Head Eagles were struck. Learn more about the history and value of 1907 Indian Head Eagles at NGC Coin Explorer.

All prices realized include buyer’s premium.

One of the nicer ones. Still the 1933 St. Gaudens double eagle is the memorable one.

sorry, but I don’t see anything spectacular about this coin other then it’s rare and worth a boatload of money. There have been much, much better eagle designs on a lot of other coins, and likewise goes for Liberty on the obverse.

Well, that settles it

No, I believe it’s this one.

Holy Smoke On The Water Antonio, You have reached a new level of Super Stardom and your rubbing elbows wiht the Greats aka Kaiser, Rich, Me and that other guy https://www.youtube.com/watch?v=MZBYSgEnFjM 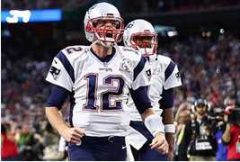 OOPS! Did I do all that

Take a worthless old chunk of Gold nobody wants and have the NGC Mafia say it’s worth $840,000.00 perfect tax scam and even better if it gets lost aka stolen