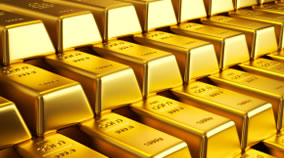 "The dollar index is strengthening quite a bit, equities are strengthening and you’re seeing interest rates go up. That seems to be the perfect storm against the metal at the moment," Reuters quoted Phillip Streible, senior commodities broker at R.J. O’Brien in Chicago, adding that gold’s failure to push through resistance near $1,260 per ounce caused other players to sell.

With the U.S. Independence Day holiday on Thursday and the U.S. jobs report on Friday, "it is difficult to say whether gold has resumed its downward trajectory," MarketWatch quoted Fawad Razaqzada, technical analyst at GFT Markets.

US Bullion Coin Sales in July

United States Mint sales levels for its bullion coins were unchanged Tuesday after soaring on Monday. The following are daily, July and year-to-date bullion coin totals as published by the U.S. Mint.

These gold and silver prices can’t stay this low for long. Mining operations can’t be sustained at these price levels. Demand will out pace supply and the prices will rise again. Get as much as you can at these prices.