DALLAS, TX — There can be no doubt as to the continuing strength and ever-growing interest in the World Coin market after Heritage Auction Galleries April 21-22 Signature® World Coin Auction at the Chicago International Coin Fair (CICF) brought almost 3350 bidders to the table and realized a stunning total of more than $5.2 million. 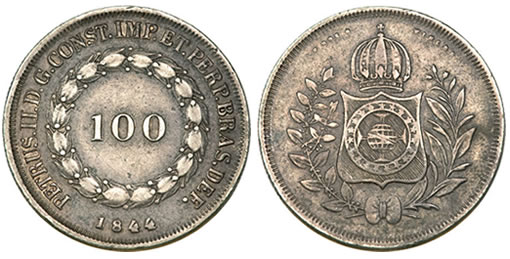 "Heritage couldn’t be happier with the move of our spring auction to the CICF," said Cristiano Bierrenbach, Director of International Sales at Heritage. "Anytime we can reach so many high-end world buyers in one place, and subsequently realize more than 94% by value and 97% by lot on an auction, we know we’re in the right spot."

The auction also marked the beginning of a new CICF partnership between Heritage and Krause Publications, the producers of World Coin News, Numismatic News and Bank Note Reporter, among its many publications. By all accounts, the new union was an unqualified success.

“The addition of Heritage as official CICF auctioneer gave the show a big lift,” said convention chairman and Krause Group Publisher Scott Tappa. “The depth and breadth of the four-session sale attracted a great array of attendees and added to our growing bourse floor. We look forward to Heritage’s continued partnership with CICF and Krause Publications for years to come.”

"Scott Tappa and his crew put together a world class event and we matched it with more than 4700 lots for the Heritage collecting community worldwide," said Bierrenbach. "When I think the world coin market can’t surprise us anymore, we have an auction like this with results much stronger than we could’ve predicted. It’s a wonderful thing to be a part of."

"This is the finest specimen of only three known," said Bierrenbach. "In 1834, Brazil, now an independent empire, attempted a new monetary system nicknamed the Cruzado. While it ultimately failed by 1848, the 1844 100 Reis is without a doubt the jewel of the series."

Of equal demand, and certainly showing that collectors are paying attention to the sleeping giant of the East, was Chinese numismatic treasure, and a spectacular People’s Republic of China Lunar Series Kilo gold 10,000 Yuan Year of the Horse 2002, KM1427, which realized $138,000 amidst fierce bidding. This coin, numbered 10, is one of only 15 minted at the Shanghai Mint, all of which were initially intended for export. In truth, many of these large issue coins have been melted, so the actual numbers in existence may be considerably lower than listed mintages.

Chinese coin highlights continued to dominate the top lots of the auction with a People’s Republic of China 20 Ounce gold 1,500 Yuan Phoenix and Dragon 1990, KM321, bringing twice its base estimate at $80,500 and a stunner when a People’s Republic of China five-piece platinum 1/4 oz., 25 Yuan set 1993, Ancient Scientific and Technical Inventions and Discoveries, Second Set, all Gem Proof with COA, APW 1.2500 oz., realized a hefty $54,625 against a base estimate of only $2,000.

"In so many areas right now, and especially in numismatics, China is very hot," said Warren Tucker, Director of World Coins at Heritage Auctions. "When a coin that is estimated at only $2,000 ends up at almost $55,000, that tells us clearly that the eyes of collectors are on, or in, China."

"The next Heritage World Coin auction is at the Boston ANA on Aug. 12 and 13," said Bierrenbach. "Considering how well this auction did, and considering that we already have millions in consignments, it promises to be another very exciting event to top off a record-breaking year for Heritage’s world coin venue."