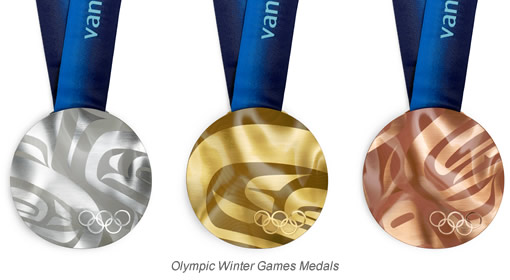 The radically undulating face of the medals, evoking the iconic sea and mountains of the Vancouver-Whistler landscape, is the boldest evidence of ground-breaking creative and technical achievement writing a new chapter in the history of the Olympic and Paralympic Games medals. As powerful tributes to the performances of the Olympic and Paralympic Games athletes who will receive them, the athlete medals establish several milestones: 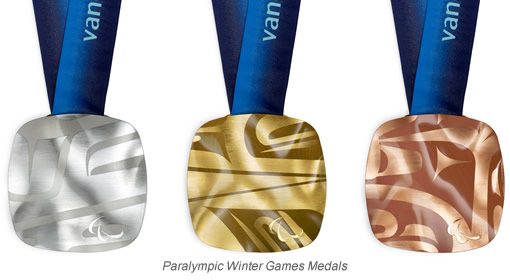 It took one year of planning, innovation and prototype development to finally bring the ambitious design of the athlete medals to life and proceed with the production phase.  Thirty steps, representing 2,817 (402 days) hours of precision manufacturing, were taken to produce the medals. This complex process required:

these medals were the best yet love the wave and flow design, good job Royal Canadian Mint.