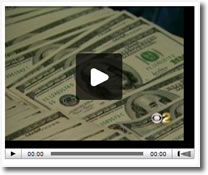 Five people were arrested in Southern California earlier this week for allegedly counterfeiting between $5 and $6 million in phony $20s and $100s over the past two years.

Laserjet printers were apparently used to make the money, and it all happened within a residential home in Lawndale, California.

According to an Associated Press article, those arrested in included:

Two others and a sixth suspect have not yet been named.

In the same article, Ray Maytorena, an agent of the Secret Service, was quoted as saying:

“This case illustrates the merging of traditional crimes such as counterfeiting with advanced technologies that criminals so often use to commit financial crimes today.”

For more of a local flavor to this story, including an interview of neighbors of the home with the counterfeit notes and equipment, watch the embedded Los Angeles based CBS KCAL story.